Twitter, considered one of the top social media platforms currently on the web, has a bit of a problem. That problem is new user growth.

While Twitter is my all time favorite social media platform, it did not happen overnight (think more like 4 years). Twitter is a slowly acquired taste, and because of this Twitter is trying to tackle its weaknesses head on in 2015 and up its users with some changes to make it a more digestable platform. Seriously, they are taking this whole new years resolution thing to the next level.

You are definitely going to want to know these big changes to the Twitter-sphere in 2015 and how they will effect your business's social media strategy.

Because video continues to be a huge visual hook for users, Twitter now lets you shoot videos directly from the mobile app.

The layout is as simple as shooting videos with your phone, the only difference is you can do it directly through the app. Simply select the tweet option when in the Twitter app, and choose the camera button at the bottom. You will then be given the option to take a picture or switch to video mode. Twitter will need permission to access your camera and your microphone in order to record videos.

The user layout is similar to Instagram video: simply hold down the red record button. When you want to switch angles or are finished recording, remove your finger from the record button. You can then reposition your camera and seamlessly shoot more video in addition to what you've already shot, or you can select done and post the video along with a text tweet.

This new option allow businesses another way to engage visually with users. Visual content continues to be extremely effective and important on social media, and this is just another social platform that is solidifying the importance of video interaction with followers.

If video isn't already a part of your social media strategy on other platforms, it definitely should be. Find a creative and unique way to give your social media following a peek into your company's world, and you will most likely see engagement soar.

This newly added ability allows Twitter useres to chat with up to 20 people at once in a group thread. You can share tweets that are publicly available, or just chat within a group of select users.

To do this, simply go to the message tab on either your desktop or phone app. When you create a new message, you can now select multiple users to be a part of your message. It's as easy as that.

You can participate in more private conversations, allowing you to connect with your followers on a more personal level. It is also great for introducing people that you think should connect, without providing more personal information like email or phone numbers.

Embrace the social aspect of Twitter, and instead of focusing on blasts to your entire following, send some targeted messages to start a conversation with individual, quality users. This can lead to more solid relationships and increased brand loyalty.

On February 4th, Bloomberg broke the news that there has been a major deal made between Google and Twitter.

This deal allows Google to receive Twitter data in real time without having to crawl Twitter to acquire that information. This makes sense for both companies, because Google is given access to vast quantities of tweets providing relevant search information, and Twittter is gaining exposure by having more of its tweets indexed for search, which ultimately drives more traffic to the social site.

Before this deal, Google was only indexing about 8% of all tweets, due to the fact that Twitter would be completely unable to handle the amount of crawls Google would need to index tweets in real time. There are just far too many tweets going out every second. This deal fixes that issue.

So what will Google be looking for?

Here's a few criteria that will most likely effect which tweets are indexed, and which aren't:

Just like with any content that is searchable on the web, Google must have standards set in place for how it ranks information. It will be fascinating to see the effects the update will have on search results, and how much value Google will place on the tweets it deems search result worthy.

If your not focusing on Twitter as a way to gain traffic for your website, you definitely should start. Having a quality following, and tweeting links to your blog posts are already great ways to drive traffic to your website, but with the new deal, tweets will be showing up more quickly and abundantly in search engine results. If done correctly, this may increase exposure across the web from Twitter, and benefit your company's SEO results.

Right now this is just educated guess work, but we can hope right?

Now before you run to check your own Twitter analytics, let me just mention that not all of the account we manage have updated to the new layout. In fact, only one (coincidentally our own) reflected the new changes. This may mean that Twitter is either testing the new format, or it is slowly rolling it out to a few users at a time.

Twitter's new layout does not replace the previous Twitter analytics layout, but instead adds to what these analytics have to offer, making the tool easier to digest at a quick glance for those of us who don't have time to scroll through pages and pages of tweets.

This new addition is a Home Tab that gives you all your accounts information in a glance:

You can quickly see the increase or decrease in tweets, impressions, profile visits, and more without having to search through more spread out information.

It also provides you with your Twitter month at a glance:

And if all this tweet specific stuff is too much detailed info, just check out the monthly summary that provides your Twitter analytic summary:

This means that Twitter hasn't forgotten the value of analytics for users, especially businesses. They are offering more manageable analytics for all users, allowing for better insight into what users love. It is also significant that it highlights top engagements and followers, giving you clear direction on who you need to be interacting and responding with, and encouraging this behavior on social media. It is supposedly "social" media after all.

One other thing to keep in mind about Twitter analytics, is that social media platforms usually do not allow regular users to see any sort of analytics on their personal posts. I find it fascinating that Twitter allows this, and it seems to point to the importance of all users to Twitter, not just businesses.

This update has caused a TON of anxiety among regular Twitter users afraid the move was too much like Facebook and would be forced upon all users.

But Twitter has once again proved that it listens to users, and instead of forcing users away by making major timeline changes it has only made the minor "while you were away..." update and is focusing on drawing in new users by creating a timeline that simplifies the onboarding process.

Before this new update, you would only see tweets of people you follow. So if you only followed one person, that user's tweets was all that would display on your feed.

The new process does not change the sign-up process which requires access to your contacts. It will then:

This update is not the most elegant solution to finding relevant content, but assuming that your friends probably have some similar interests as you, this helps get you started. Twitter then urges you to follow those you find most interesting and will eventually ease you over to a regular timeline just like every other tweeter out there, just without the growing pains that came with the old approach.

Twitter is serious about user growth, and wants to make it happen. So before it does, now is the time to get on board and start growing your company's presence so that you can compete with those who have a long standing presence. Don't get left behind.

Twitter has a lot of exciting new plans in 2015 to enhance what it already offers to users, and expand its user base without alienating its current devoted followers. All of these Twitter updates are truly working together to create an experience users can't refuse: starting with its presence in Google results, moving to the simpler onboarding process, and sealing the deal with great features like video, direct messaging, and the hidden gem of analytics. 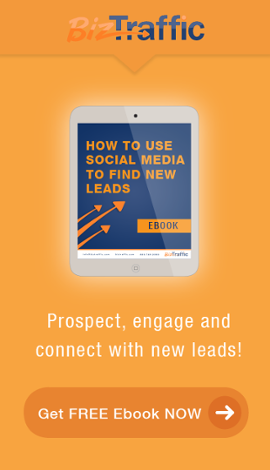