2016 was a poor year for Twitter. From losing several high-ranking executives (including their CTO!) to their plummeting stock performance, this bird might not be singing forever. While we don't recommend marketers and businesses leave Twitter quite yet (the website boasted over 1.3 billion accounts created by the end of 2016 and traffic regularly increases as things in the world get a little bit crazier), it's a good idea to recognize a sinking ship when you see one.

Here, we'll outline some of the reasons that Twitter might not be afloat much longer, along with some of the tech innovators that might fill the social media void.

Maybe it's part of their charm, but Twitter's 140-character limit can sometimes be a real buzzkill. We understand the desire for a consistent user experience, but Twitter seems to think that they've already perfected their take on social media.

For example: Released in 2011, Snapchat, offered a unique video social media service. Users can take photos or record short video clips (limited in length) to send to a select audience. Does this truncated-message platform sound familiar? Despite Snapchat's success, it wasn't until 2015 that Twitter unveiled plans to allow users to post videos.

While Twitter might be resistant to changing their technology, they've been undergoing some pretty serious changes (whether they like it or not) with their executive personnel. In 2016, Twitter lost their CTO and COO. In fact, according to CNN, Twitter lost "six of the ten execs who were part of its leadership team at the beginning of [2016], including the heads of product, engineering, human resources and media."

Why are all of the executives jumping ship? Maybe they know something that we don't, or maybe they just don't like the direction that the company is headed in. Either way, a high overturn of executives is never a good sign for a business.

You don't have to spend more than a few minutes on Twitter to see that spam is everywhere. Between fake accounts, bots, and various other spam tactics, it can be difficult to find the good stuff on Twitter (like a small business trying to spread their message!). The real issue, though, with all of the spam on Twitter is that it renders data metrics almost completely useless.

While Twitter continues to roll out changes to counter spam, bots, and harassment, they're slow to change and can't keep up with the abusers. Additionally, Twitter's solutions are often backwards and punishing to users who just want to use the website safely.

For instance, Twitter Lists has been used by hate groups to harass users (even those who have blocked their harassers) by sending them notifications. Twitter's solution? They changed Lists so that users no longer receive notifications when they are tagged in a list. This solution merely gives harassers another tool to coordinate their shady tactics and makes Twitter a less friendly place for the vast majority of users.

Yet another difficult issue for Twitter is the proliferation of excellent social media alternatives. Social media has exploded in the past 15 years. A market that was once dominated by Myspace (and then Facebook) now has more options than ever.

Many users who have become disenchanted with Twitter have turned to social media platforms that offer them a more diverse (and therefore more liberating) set of ways to share with their friends. Websites such as Tumblr allow users to have much of the functionality of Twitter such as short posts with a select audience, image and video posts, categorization via tags; additionally, Tumblr functions as a platform for blogging and features far more customization and potential for individual expression than Twitter.

Twitter's message, by contrast, seems to be that their platform has no faults. They allow only the most sparse customizations to profile pages, which results in a homogenization of users' content.

As we move into 2017, keep an eye on the developments at Twitter. From hemmoraging users, executives, and stock value, Twitter might not be to go-to social media platform for much longer. Businesses and entrepreneurs would be wise to seek out some potential alternatives to move to in the future.

If you're looking for more alternatives to Twitter or maybe just some social media tips for businesses and entrepreneurs, check out some of our other blog posts! 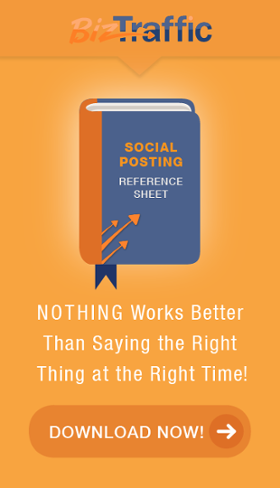