3 Ways Your Business Can Jump on the Snapchat Marketing Bandwagon

Unless you've been hiding under a rock, you probably know by now that Snapchat is currently the hottest social media platform around. Of course, it's been on the scene for quite some time now so it's not exactly new, but the team at Snapchat has been making improvements to the platform in order to encourage user interaction and create a strong, snapping community.

END_OF_DOCUMENT_TOKEN_TO_BE_REPLACED

Google My Business Update: Boost Your Business with Better Photos

A pictures worth a thousand words, or so the saying goes. Visual content has long been a powerful factor in any digital marketing strategy. The right images have the potential to catch the eye of your customers, and really elevate your marketing to the next level.

And with Google My Business's recent update, highlighting images that set your business apart just got a little easier. But before you can add pictures to your Google listing, you must first create one.

END_OF_DOCUMENT_TOKEN_TO_BE_REPLACED

While many shoppers still prefer to purchase items in a brick and mortar store, there is a significant amount of shoppers who are opting to make purchases online shopping. These shoppers contribute to the success of platforms like Amazon, Ebay, and Etsy.

According to a study conducted by ComScore:

END_OF_DOCUMENT_TOKEN_TO_BE_REPLACED

4 Easy Steps to Using Visual Content as a B2B Company

As social media and web use become more popular, our attention spans are decreasing along with our ability to digest and desire written content. From formats like gifs and infographics to platforms like Instagram and Snapchat, it seems like everything popular and engaging is visual. As a matter of fact, 83% of learning happens visually!

END_OF_DOCUMENT_TOKEN_TO_BE_REPLACED

Instagram Update: See the World Through the Eyes of Others

END_OF_DOCUMENT_TOKEN_TO_BE_REPLACED

6 Resources for Finding Free Images and Graphics for Your Content

With the horror stories out there about bloggers and companies who have been sued for using images that were not theirs, it can be very intimidating to try and find images to use on your website, emails, and more.

But images are such an important part of creating appealing content. And for some of us visual creativity is not necessarily where we excel or feel very comfortable.

END_OF_DOCUMENT_TOKEN_TO_BE_REPLACED

Tired of Facebook's algorithms and Twitter's character limit? Do you want to be on the social platform that enjoys the highest amount of brand engagement rates at 4.21%?

This social platform caters towards a younger demographic (18-29) with a leaning towards females. Part of Instagrams charm is that it does not have an algorithm like Facebook that filters out your posts. Similar to Twitter, it provides real time updates starting with the newest content appearing at the top of the feed.

END_OF_DOCUMENT_TOKEN_TO_BE_REPLACED

Twitter, considered one of the top social media platforms currently on the web, has a bit of a problem. That problem is new user growth.

While Twitter is my all time favorite social media platform, it did not happen overnight (think more like 4 years). Twitter is a slowly acquired taste, and because of this Twitter is trying to tackle its weaknesses head on in 2015 and up its users with some changes to make it a more digestable platform. Seriously, they are taking this whole new years resolution thing to the next level.

END_OF_DOCUMENT_TOKEN_TO_BE_REPLACED

Scrolling through my Instagram feed a few days ago, my eyes were suddenly caught by a strange, and unexpected image: a defective sesame seed bun, held in the hand of, I assumed, one of my friends that I follow. On closer inspection my eyebrows went up to see that the top of the post said McDonalds and on the right hand side was the word: Sponsored.

END_OF_DOCUMENT_TOKEN_TO_BE_REPLACED

Pinterest has been making a lot of noise lately--in a good way.

Last month we told you about an improved search option in Pinterest that helps users find what interests them faster and Promoted Pins which allow advertisers to show pins in a user’s newsfeed.

This month, Pinterest announced an enhanced and quicker version of its places search tool. The location-based tool suggests places near where people are searching, and provides ranked results based on geography, population and data quality.

END_OF_DOCUMENT_TOKEN_TO_BE_REPLACED

Pinterest is getting more interesting to businesses and pinners alike by introducing some new changes to the content that is displayed in newsfeeds.

Pinterest has proved itself again and again as a unique and noteworthy social media platform for various reasons, including the visual nature of the platform which can definitely be a sales driver for your business. These upcoming changes can prove very beneficial to businesses.

END_OF_DOCUMENT_TOKEN_TO_BE_REPLACED

Which social media network drives the most sales? If only it were that easy to figure out.

In recent research from Shopify, Facebook drove nearly two-thirds of social media visits to Shopify-operated stores and claimed 85 percent of all orders from social media.

When it came to average order value, however, the leader was Polyvore, a Pinterest-type visual social media platform. The average Polyvore-driven order had a value of $66.75, with Instagram a close second, at $65 per order, and Pinterest third at $58.95.

END_OF_DOCUMENT_TOKEN_TO_BE_REPLACED

The Eyes Have It: Visual Social Media Use Soars

A survey done by Pew Research Center has found that an increasing number of adult internet users are posting and sharing photos and videos on social media sites. If you’re not active on social media platforms, you may be missing out on the newest marketing trend. This guide will walk you through all of the best sites for visual content and how to make the most of them.

END_OF_DOCUMENT_TOKEN_TO_BE_REPLACED 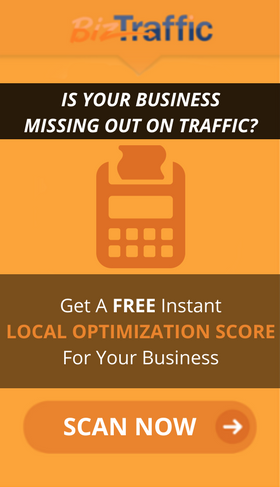