QR codes never really caught on when they were introduced almost a decade ago. They were seen as a death sentence for any company caught using them.

Improper use of QR codes by marketers had a lot to do with it, coloring our opinions of this technology.

They were used in ways that just didn’t work - from the subway (which had no internet access) to the backs of 18 wheelers (where you couldn’t scan them), to (this one’s our favorite) tattoos.

That’s a serious commitment to a URL (or at least to 301 redirects).

On top of the logistical difficulties, reading QR codes required users to open a separate app in order to read them. Cumbersome and inefficient are two of the most polite words we can think of to describe this process.

For a while QR codes disappeared into the ether, and a grateful public, anxious to see them go, breathed a sigh of relief.

But now, thanks to the effort of several social media platforms, QR codes are making a comeback.

Perhaps this time we can avoid the mistakes of the past and make them useful and productive members of the marketing landscape.

WeChat is setting the bar for how we (or at least the Chinese) use QR codes, using them for everything from sharing your page with friends to making payments through the app.

WeChat’s popularity in China and its reliance on QR codes has kept the technology alive long after the rest of the world gave up on them.

QR codes are everywhere in China thanks to WeChat, and now Snapchat, Facebook, Twitter, and even Spotify have jumped back on the QR code bandwagon.

Perhaps this time around we’ll get it right, and QR codes will take their rightful place among technologies that aren’t universally demonized (we’re looking at you, captcha).

Snapchat recently unveiled its own version of a QR code feature, which of course meant that Facebook and the rest weren’t far behind.

The benefit of Snapchat’s version is that it can be read from inside the app, eliminating the requirement to open a separate app to use them.

It still requires the use of an app (Snapchat), but at least it’s one you’re in all the time anyway.

Snapchat has used their version of QR codes for everything from connecting with friends to adding new filters.

You may have noticed these codes in the trailers for the Mighty Morphin Power Rangers latest release, granting access to a special filter when scanned.

Facebook has gone a different way with the technology, using QR codes to reward a business’s followers.

If you follow a brand on Facebook, you can open a window in the app that contains a QR code which the business can scan, allowing you to access specials, promos, etc…

This is a great way to let businesses track online interactions into the real world.

Twitter is trying to stay relevant, using QR codes that take you to a user’s profile and making it easier to find (presumably) than typing in the user name.

Spotify’s version, called Spotify Codes, isn’t exactly a QR code (much like Snapchat), but the functionality is the same.

You scan an image using the reader and it takes you to a song, artist page, or playlist.

This provides a great way to share data without messy file transfers.

As Snapchat and Spotify have shown, the use of this technology isn’t limited to QR codes specifically, all it takes is a unique image that can be recognized by a reader.

As AI becomes more prevalent (and smarter), any image could be the basis for this sort of shortcut.

Imagine a world where pointing your camera at a person or object will take you to their website, or provide information in augmented reality.

A company called Skin Motion has come up with a novel application for this sort of technology.

They have an app that reads a sound wave image tattooed onto your body that will play an audio file.

How Can Your Business Use This?

If your business is running a promotion, a Snapchat QR code might be a great way to increase engagement with the campaign.

Using the Facebook feature can help your business track online interactions into your stores, giving your marketing team a more accurate picture of the ROI.

Perhaps incorporating QR code design techniques into your branding could allow users to access your site online via your app anytime they see your marketing.

This would also be a great way to geotag users based on location, adding targeted marketing to your campaigns.

The possibilities are limited only by your imagination (and the limitations of the technology, which require an image and a reader). At any rate, there are quite a few applications.

QR codes may have gotten off to a bad start here in the states, but millions of social media users in China use them every day.

That has finally caught the attention of companies here in the U.S., and perhaps this second wave of QR codes will find their place in the marketing world. 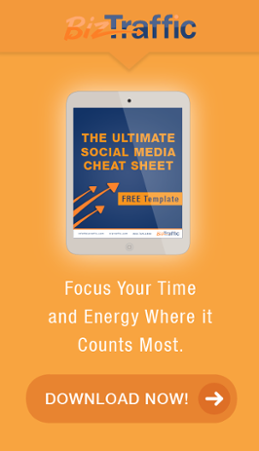