SEO: The Movie - The Review

SEO: The Movie is the movie about the history of SEO that you’ve been searching for. This movie is the brainchild of Ignite Visibility CEO John Lincoln, who decided that the thing we all needed to make our lives complete was a movie about SEO.

Sure this sounds crazy, but it turns out he was right. SEO: The Movie might not be this summer’s blockbuster hit, but for anyone curious about the history of the SEO industry, this is the movie for you.

SEO: The Movie (SEOTM) is a 40 minute documentary of the history of the industry from some of the biggest names in SEO. Danny Sullivan, Jill Whalen, Brett Tabke, Barry Schwartz, Rae Hoffman, and Rand Fishkin all give us their takes on the history of SEO, the part they played in its formation, and some great anecdotes about early SEO.

Despite all of the big names interviewed in the movie, the two biggest stars aren’t even in the credits. Of course we’re talking about Matt Cutts (who’s seen only in clips), and Rand Fishkin’s mustache (which steals the show).

Director John Lincoln acts as the Morgan Freeman-esque narrator, introducing the topic to us and filling in crucial plot points throughout the movie (we’re assuming Morgan Freeman was busy narrating literally everything else).

After the initial setup, SEOTM takes on a bit of a heist movie vibe with an Ocean’s Eleven style character introduction.

Disappointingly, the casino robbery scene didn't make the final cut of SEOTM, but what's left is a history of SEO from the people who helped define the industry.

Interviews are mixed in with what appears to be stock footage b-roll, and the soundtrack reminds us of our HubSpot Academy training.

This might derail most films, but here it really ties the film together. In the end, this is a really good movie about SEO (which is something we’d never thought we’d hear, let alone say).

The narrative is tight and well told, both funny and informative, and the movie does an excellent job of giving the highlights without getting bogged down in the details.

This easily could have been a Ken Burns type 10 hour documentary covering every little detail of SEO, but the director keeps the film to a fast 40 minutes that holds our attention throughout.

We get background on each of the interviewees, their stories about the beginnings of SEO, an explanation of white hat vs. black hat, it includes a fun and too-brief montage of old search engines, and it gives us a breakdown of some of the biggest Google updates of the last 20 years.

Storytelling isn’t dead in film! SEO: The Movie doesn’t have explosions, car chases, alien invasions, or massive geological events. What is does have is a good story to tell, and it tells that story well.

If you’re going to watch one movie about the history of SEO, this is the movie to watch.

Oh, don't forget to watch the credits for a great rant by Eric Ward about not being included in the movie! 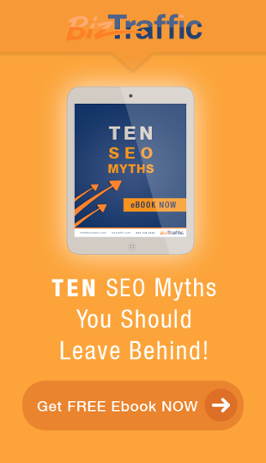