Facebook was a pain point for a lot of companies this year as it pushed companies towards boosting Facebook posts by limiting the organic reach companies had been receiving previously in a few of its newsfeed algorithim updates.

Get personal, or get out. That seems to be the way digital marketing is going these days. And Facebook was no exception with its move to direct response which allowed marketers more options to target specific audiences with customized messages.

Facebook's save feature, that is actually a very nifty tool for the forgetful content lover like me, was barely mentioned in all the anger and outrage over Facebook's move to force mobile users to download a separate app just for messaging. Some of the angry tweets were quite entertaining.

Twitter changed some layout features this past year, including the profile layout and even the font used to tweet. Of course, some users were upset, though after the Facebook Messenger debacle happened, Twitter profiles faded into oblivion as the lesser of these two evils.

The latest from Twitter also sounds a lot like Facebook as they threaten to change Twitter's algorithm to show users what it thinks they want to see. This will definitely be something to keep an eye on in 2015.

Instagram finally caved, and began displaying sponsored images in users InstaFeeds. They claim that their advertising is meant to be high quality, visual content that will blend seamlessly with the content your friends are posting. Though personally I've been rather disappointed in the images I've had served to me thus far.

LinkedIn updated profiles to include larger banner images, similar to the ones that can be seen on a Facebook or Twitter profile. I guess users just really like big, banner images. They also included a few minor changes to the types of files than can be added.

LinkedIn opened up its blogging platform for everyone to write posts directly through LinkedIn. While some may have been a bit overwhelmed by another blogging platform, its another great way to showcase your talents and expertise to connections who might be potential clients or employers.

Adding the Chat to Snap

This has truly been Snapchat's year. Snapchat diversified their platform with some fun new features that transcend just sending a snap, but also allow you to type out chat messages or video chat with other users.

In order to make some cash, the brand decided to allow advertisements (cleverly called Snapvertisments) on their platform. The interesting part is that these ads are non-targeted and are not forced upon users in the same way as Facebook ads or Instagram ads. Instead, users have the option to watch or ignore snaps.

Most recently, Snapchat partnered with Square to allow you to Snapcash to your friends. Want to split the bill, but don't have cash on hand? Just Snapcash it! Oh the possibilities for businesses.

Social media is here to stay, and it is important to keep up with the latest changes in order to make the most of your business presence online. While all these platforms may be overwhelming, focusing on a few, key social sites can get great results for your company.

Tweet me at @BizTSocial and let me know what your favorite social change was this year, and how it helped your business' social media marketing! And stay tuned as we update you on social media changes in 2015! 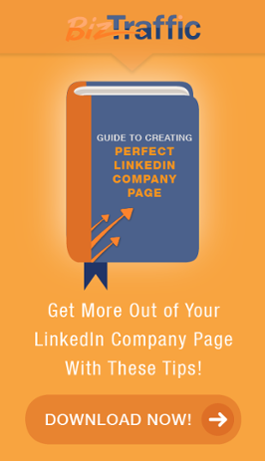