Facebook is a massive company. It services 1.13 billion daily users and is one of the largest marketing platforms in the world; over 50 million businesses use this service to help promote their brands. But is advertising on Facebook effective? Facebook is an interesting company, offering businesses both organic, free posts and paid advertisements, and we have done entries before that measure its reach and usage. But is the value still there for small business? Is Facebook viable for small business budgets? Here are 3 pieces of information to take to the next planning meeting.

Facebook has also stopped growing. Recent studies show that the social media giant has potentially stagnated at 58% of internet users age 12 and older, while Twitter, LinkedIn, Snapchat, Google+, Vine, and Tumblr have all experienced growth in the same time period. Instagram even has similar success rates as Facebook.

So why does this matter? Business, especially in capitalism, works best when everyone grabs for a piece of an ever-growing pie. When the pie stops growing, businesses have to fight each other for larger pieces. With Facebook potentially becoming a set size, small business owners may find themselves at a loss against companies with much deeper pockets.


social@Ogilvy, one of the top social media firms worldwide, released a study in 2014 (and the whitepaper of the study, luckily) that showed trends in businesses’ Facebook outreach. Since 2012, organic outreach fell from a high of 16% to as low as 2% for large companies (500 thousand likes or more). According to this group, organic outreach will continue to fall to zero in the future; they named the event ‘Facebook Zero.’

But why would Facebook undercut its effectiveness as an organic outreach tool? It appears to be a money thing. The stock prices grew from $50 to $70 over the course of the organic outreach decline. Soon, paid advertisements will be the only way for companies to engage their followers. On a positive note, however,  Facebook has earned their advertising dollars. Paid advertising can yield tremendous results compared to organic advertising. These paid efforts reached 5x the number of people, increased the number of fans 7x, and reached 30% more. The company has done well for its paying customers, but prices will only increase.


Social media marketing poses a difficult problem for small businesses - make sure to have all the facts before divvying up next year’s budget. Facebook can be a wonderful outreach tool for companies of all sizes, but business will soon need to pay for that tool. Is it worth it? 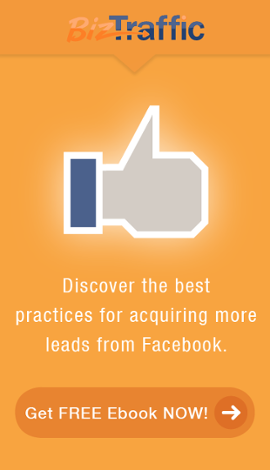