If you know anything about local listings, you know that the most important information your listings include is name, address, and phone number, otherwise known as NAP. In fact, mismatched NAP is considered as the 3rd largest negative search engine ranking factor for Google.

This means that complete accuracy when it comes to your business's name, address, and phone number is of the utmost importance when creating and maintaining local listings that will actually get found.

Sounds fairly easy, right? Well, maybe not so much.

If you only have one location, NAP is fairly easy to stay on top of and update as needed. But if you have 5, 10, or even 100 locations it can quickly get out of hand. Keeping up with all that location information across multiple listings can feel like a never ending and often very monotonous task.

And then there is the issue of call tracking. How can you track inbound phone calls without hurting your local search ranking?

We've discussed the possibilities of Dynamic Number Insertion in a previous blog post. Basically, it allows you to place a snippet of code on your website which causes the phone number to dynamically change based on how the visitor arrives on your website.

The reason this does not effect your local ranking is because search engine bots do not crawl the code. Instead they only care about the original number listed on the site, which means NAP would not be affected by dynamically changing numbers.

The concern with directory listings is that you can't dynamically change phone numbers in local listings. You can only place one number into each listing...and in order to keep your listings consistent, it must be the same number across all listings.

This means that an inbound phone call from the tracking number used on your local listings could be a result of a listing on Google, Facebook, Bing, or any other number of places. There is just no way to tell exactly if a listing results in an inbound phone call directly to that number. But in order to remain consistent, you must use the same number, even if you would prefer to track which listings result in the most inbound calls.

But for those of you who aren't convinced simply by poor local search rankings, let me explain why else this is a bad idea.

This means that although you may be trying to keep separate tracking numbers for different listings, that ultimately the way data spreads across the local ecosystem will result in jumbled up phone numbers anyway. You will not be able to determine where the phone calls are originating from even with different numbers on the directory listings as it becomes a jumbled mess.

In the end, if you implement your call tracking numbers correctly there will be no negative impact on your local search results. And before you start switching out phone numbers, be 100 percent sure that you're using the right phone numbers on the right platforms. Otherwise, you may have a lot of cleaning up and recovering to do because of inconsistent NAP. 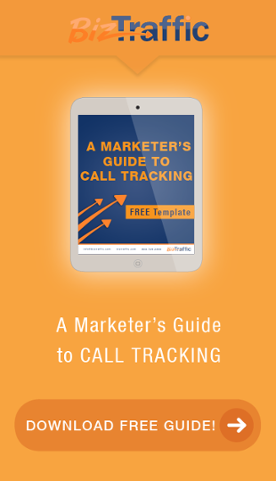