With Facebook’s release of Facebook Messenger Day, yet another social media site has opted for the here-today-gone-tomorrow style of disappearing content management. Snapchat, the most popular of these apps, has taken the social media world by storm. After just 5 years, Snapchat has 100 million daily users who spend 25-30 minutes a day on the app.

Businesses are taking notice. Amazon used a Snapchat promotion to gain 6,100 mentions in 4 hours, and a campaign by Dove got 130,000 views in just 2 hours.

These numbers are huge, but only time will tell if disappearing content is the future of social media, or if this type of app will disappear as well.

We’re all familiar by now with the idea of thinking before we tweet.  Social media has been embarrassing politicians, CEOs, and just about everyone else for years. A careless thought hastily posted has cost more than one public figure a sleepless night (if not their job). The more public your persona, the more damaging social media blunders can be.

Reactions to a post have also caused financial trouble on occasion. Some thought leaders are so influential that they have changed the course of the stock market in 140 characters or less.

Over time, social media’s reach has grown, and its users have grown up. What seemed like a good idea to 16 year old you might cost 26 year old you a job. These effects have increased along with the user base.

The effects of social media, intentional or otherwise, can have immediate and serious repercussions on people’s lives.

While it may be too late for some of us, many social media users have gravitated towards apps that are designed with this problem in mind.

Some apps automatically delete posts after they are viewed, or after a time limit has expired. Others make screenshots impossible (or at least much more difficult).

Snapchat is the most famous of these apps, but it is by no means alone: Wickr, Slingshot, Yovo, Clipchat (the list goes on) all offer some version of disappearing content.

These apps are relatively new, and compared to sites like Facebook they are small, so only time will tell how widespread this type of feature will turn out to be, but Facebook has given us some indication of its popularity.

With their release of a feature called Messenger Day, Facebook has stepped into the disappearing content arena.

With the advent of short-lived content, it seems reasonable to ask, “Is the age of content sharing and viral posts at an end?”

Probably not, but that doesn’t mean this new type of content management won’t have a profound impact on the way companies produce, distribute, and measure the success of content for social media.

Currently, sites that use these features are visually oriented, relying on images and video instead of text. Content creators will need to design posts with visuals in mind (something you should already be doing anyway).

This feature may add to the scarcity value of a post. The possibility of missing out on a popular piece of content could cause an increase in the number of times a site is viewed throughout the day, and in the time a user spends on the site (both of which are important metrics for ad revenue).

The volume and variety of posts, both of which are important factors in engagement and SEO, could both be positively impacted by this type of content management. Since the life of a post would be predetermined, new content would need to be produced on (at least) a daily basis.

Viral content and sharing can have a negative impact on brands that disappearing content may solve. The time limit may provide more leeway for mistakes in the content. If a particular post is unsuccessful (or in poor taste, offensive, or generally not well thought out), the good news is that it won’t be around long.

It doesn’t seem that disappearing content is going to change the nature of social media overnight, but changes are coming. Sites with short-lived content that focus on visual posts are on the rise, and brands ignore this trend at their peril.

As for the overall impact of time sensitive posts, only time will tell. Just make sure you keep your eyes open - any posts about it may disappear before you get a chance to see them. 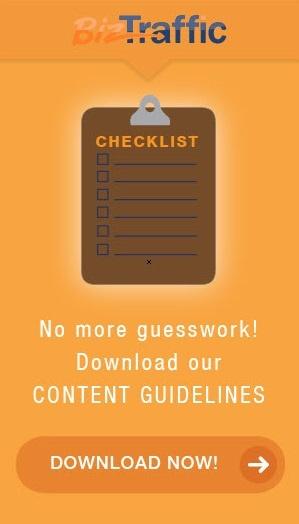